An introverts guide to networking 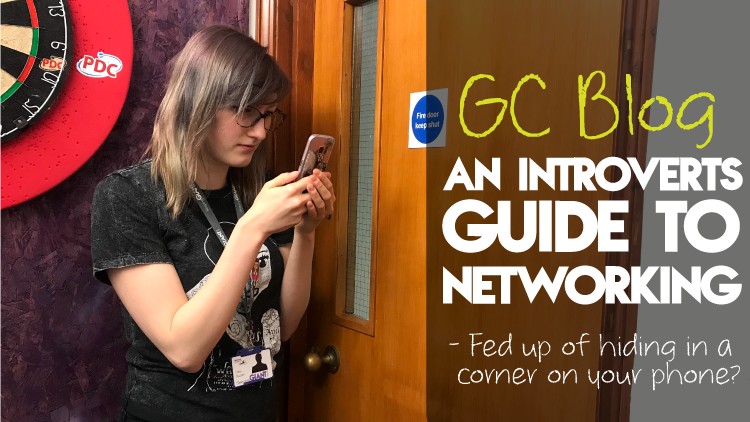 By definition, networking is an introverts worst nightmare.

Picture the scene, you arrive late for a networking event, the party is in full swing and just a few stale sandwiches remain. You make your way around the edge of the room, hopefully looking for a familiar face, before deciding your best option is to hide behind your emails, in the corner somewhere.

Being an introvert doesn’t necessarily mean you’re shy, some of the best known public speakers and leaders would class themselves as introverted. High stimulation social situations (tongue twister!), such as networking, can seriously exhaust them in many ways, so we’ve put together a guide to allow everyone to flourish in networking environments.

Connect in advance through the safe confines of social media

The fear of being the first one to make a move is a real one. Running over how you might introduce yourself to the point of overthinking, and then a new sense of fear that it’d all come out as some form of gobbledegook. Well, in the beautifully digital world we live in, why not use social media as a way to ease this process? Find out who’s going, follow the hashtags, follow discussions. Let your followers and those also scrolling through the hashtag know that you’re going to be attending. Post a photo of yourself, tell people to come say hi if they see you. Watch as a people instigate conversation with you, usually with the opener of “Oh are you Jeff? I saw your post on Twitter!”.

Early bird gets the quiet corner of the room

There is nothing more intimidating than walking into an event later when everyone has already formed groups and started discussions that are very difficult to elbow into if you’re not an extrovert.
Arriving early gives you the power to form these groups, or get the best seat…. It also stands you in good stead if you get to talk to the hosts or speakers of the event before a mass of people fill the room.

Wear your icebreaker with style

If you struggle with making that opening line, then wear your icebreaker. This could be a funky tie, a daringly bold jumper, a colourful watch or unconventional blazer. Other introverted people will find it a blessing to have something super kooky to comment on, helping ease the transition into further conversation. Plus, you’ll look super cool and people will remember you.

Getting overwhelmed by the busy bustling business buddies is inevitable, so trying to remember people’s names, businesses and what on earth you spoke about with them, can be yet another challenge.
Your friend in this situation, a sharpie. Yep, you heard. Well… it can be any type of pen, but sharpies are a GC fav. When people give you their business card, make notes on it about what you spoke about and if you promised to get in touch. You can even design some sort of code to scribble on them, for example, a square means send them a follow up email and a # could be to give them a call to set up a meeting.

Turn on your superpower

Most introverts usually have a super in-depth knowledge of a topic, so if you have something to bring to the table, bring it! Similarly, do not be put off conversing with people with a fear of not having anything clever to say. Just introduce yourself, ask what they do, explain what you do and watch the conversation flow.
Listening, something us introverts are also really good at, is a great tool to have at your disposal at networking events. Listen to what people are saying, comment when and where you can, and pick up on little bits you can use as conversation starters later on with them.

It’s really easy to get comfortable with one person or group of people, but remember you’re there to network with multiple individuals and so are the people you’re talking to. Don’t hog them!
Remember, you’re all there with similar objectives: to meet people. And no matter how confident you are, being in a room of random people will always be a little bit terrifying.

Without sounding super-duper cringe, just be yourself! There is no point putting on this public facade that you will find even more exhausting to keep up than just being yourself. Know that you’re actually really confident in the things you know, and that once you get comfortable with someone, your true self will come out. Just remember to smile, be kind and know that it’s not long till you can unwind and recharge later on.

An introverts guide to networking

5 tips for working with influencers

How to spell gud: The importance of good spelling online

5 tips for working with influencers

How to spell gud: The importance of good spelling online

Have smartphones changed the way we learn?

The 17 desk gadgets you need to spice up your office

May 5, 2017by Amber Vellacott1
Tweets by GIANT_campus
© 2020 All Rights Reserved. Giant Campus.
We use cookies to ensure that we give you the best experience on our website. If you continue to use this site we will assume that you are happy with that.I acceptRead more