if you want the engagement, you’ve got to optimise!

Video content is becoming more and more popular as the years go by, and no matter what platform you favour, video cotnent is taking over. It’s not longer just the remit of sites like YouTube; now all major social media platforms allow people and brands to upload and share native video content – reaching their adueinces from right within their timelines..

But just because you can share video on Facebook, doesn’t mean that you get to just chuck your standard YouTube edit on there and Bob’s your uncle – the views start rolling in. As nice as that would be, if you want to see success when it comes to video content on Facebook then there are some steps you need to follow in order to optimise it properly.

Facebook conducted a study a little while ago which found that up to 47% of a video’s value should be provided in the first 3 seconds, and 74% in the first 10. This is because people need to be drawn in – and mega long feature-length videos aren’t what people are looking for on social media sites. Although the maximum length for a Facebook video is two hours, the recommended sweet spot is two minutes or less – with some experts saying five minutes should be your absolute maximum.

Although a lot of video on Facebook auto plays, this feature can be switched off – which means that if your thumbnail doesn’t look amazing people are going to scroll straight past. Make sure you pull them into your content with striking, compelling visuals, but also make sure that it accurately tells someone what they’re going to get if they watch.

Top tip: Colour and text can be your friend when it comes to thumbnails, but don’t overdo it. Make sure it’s just enough to create interest, without being so cluttered that people run for cover.

Catchy captions are your friend

Context is king of all things, and it’s important to remember that when it comes to Facebook video. Text can help to ensure that your video is easy to understand, whether people have sound on or not, which is why using it to your advantage in titles, captions or even subtitles can make a big difference. One study found that adding captions to your videos can increase engagement by 12% or more, so it’s worth having a play around next time you upload.

Top tip: Remember to use punchy, scannable language – if you’re trying to stop someone scrolling, try to use power words to grab their attention (E.g Free, Awesome, Learn, New)

You might be used to uploading videos to YouTube and then embedding them wherever you need them, but when it comes to Facebook you need to go native. Embedding video instead of uploading natively can cut your video’s organic reach from 13.2% to 7.9% according to eMarketer – not something you want to happen. Facebook’s algorithm favours native video content, and you want to be on the good side of the algorithm to see success. Plus, only native videos autoplay in feeds, helping them get more coverage.

Top tip: Upload different cuts of your video to different platforms and cross-promote, to give audiences a reason to visit different places. For example, you could use a native Facebook video to preview a longer-form cut uploaded to YouTube. 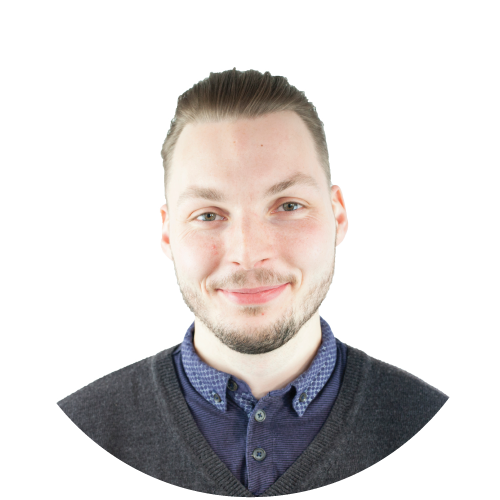